Hayle Melim Gadelha, Cultural Attaché of the Embassy of Brazil in the United Kingdom, talks to Art Breath about the effects of art on society and politics and art from Brazil 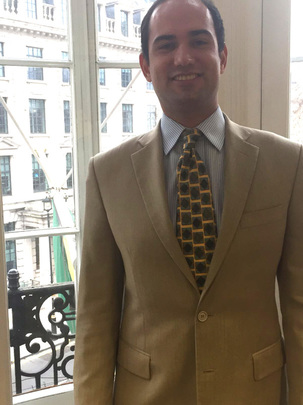 What are your thoughts on how art and culture can be used as crucial tools to help create a flourishing society?
Culture is the unique set of subjective experiences shared by a given society, which reflects its relation with space, its cosmology, beliefs and aspirations, and, naturally its own expressions of art.
To grant people material conditions, freedom of thought and speech and opportunity to develop their intellectual capacities is the best way to enable a society to fulfil its cultural potential. I believe that culture allows people to understand their history and place; to deal with their anxieties and desires; and to create better ways of living in society.
Art can be a good instrument to use for regeneration. Do you project that the creative fields could help create new jobs and new outlets to push economic growth?
There is, of course, a significant economic aspect to culture, the importance of which cannot be neglected in contemporary societies. The sector generates immense incomes and a growing number of jobs. The creative industries are nowadays a complex and powerful force of social transformation. It is of utmost relevance to foster cultural production and to provide its players with a safe and attractive regulatory framework. The UK is an outstanding example of how a thriving cultural sector can contribute to a national economy.
Brazil is well known for having a rich artistic and cultural history. Could you tell us a little about the different forms of art Brazil is famed for?
Brazil is one of the largest countries in the world, with one of the biggest populations, so it has naturally given rise to various forms of art. In addition, Brazil has traditionally been a country of immigration. Indigenous peoples, Europeans and Africans were the first formative elements of Brazilian social fabric – and many waves of migration have since enriched the country’s cultural diversity. The best word to describe Brazilian culture is plurality, and there is no exaggeration in saying that any person in the world could be a Brazilian, because in Brazil all ethnicities and religions cohabit in a tolerant way, forming a very rich cultural mosaic.
Therefore, it would be impossible to fairly address the question in a few lines. Regarding its most celebrated expressions of art abroad, I would highlight the innovative rhythm of bossa nova, the modernist architecture, the neoconcretist movement in the visual arts, and the world-famous carnival. What they have in common is a confluence of different influences and the very Brazilian trace of absorbing and processing alien manifestations to create a unique and defining expression of Brazilianness.
How powerful is street art in Brazil? How much is it used as a vehicle and a form of expression to deal with any political or economic concerns?
The street art scene is Brazil is among the most lively and influential in the whole world. It is a natural channel of expression for those who have no access to the so-called high culture platforms of art. Street art is deep-rooted in Brazilian urban areas, especially in São Paulo where the conditions have been favouring the development of this form of art. It is interesting to notice that street artists who were once seen as minor artists or even criminals have now achieved recognition and being proudly exported as a legitimate expression of contemporary Brazilianness. I took the picture below of an official advertisement at the tourist office at São Paulo’s main airport.