James Watt CVO on
Diplomacy, Research and
the hope for Peace and Diplomatic Relations 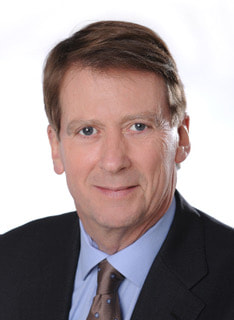 What is diplomacy for you?

Diplomacy is, firstly, a practice which has its own art and culture. It is for building peace, for  avoiding war.  Above all it is a sustained and well-considered strategy for achieving that aim. To be successful, it has to meet the essential needs of the security and prosperity of all the parties concerned.  When it is used as a means simply to advance the interest of one nation over the interests of all the rest, it betrays its true nature and value, and it fails.

How can diplomacy be achieved? Do you think diplomatic relations can be achieved through art and cultural community based activities, or are all relations based on economy?

Diplomacy arises from a shared understanding of the need for human society, in the form of nation states, to live together peacefully for the sake of the common good.  For this it needs, in the first place, that your national leadership should value peace over war.  In the second place, for all national leaderships involved to hold that view.  Human aggression being what it is, this acceptance of the need for peaceful co-existence has the best chance of arising when there are no good options for using the alternative – opportunistic warfare, be it military or economic. Diplomacy has to help create this state of balance, and then work hard to consolidate it. The classic example of this approach succeeding is the peace following the Congress of Vienna in 1815, which put an end to over twenty years of devastating warfare in Europe, and kept the peace overall until 1914.

In today's world there are widespread examples of the opposite trend: states resort readily to force in order to gain a unilateral advantage.  They do this at grave cost to the fabric of international peace constructed since the Second World War through the United Nations. This is linked to changes for the worse in the quality of national leadership: the growth of autocracies encourages both internal repression and external aggression, and the failure of some democracies to produce wise and conciliatory leaderships is also a destabilising element.

Both these failures, in the autocracies and democracies, involve a perversion of the public discourse about living peacefully in the world: fears, hatreds, angry ethno-nationalism, religious fanaticism, are all failures of society.  The arts and culture, and knowledge in general, are what build civilisation.  Fortunately, few of us stop to question that, and we instinctively work all the time to bring harmony and understanding, starting at the level of our own social interactions and our own communities.

Economic fears and pressures are of course a major driver of rivalry and conflict.  History has always shown, though, that prosperity requires peace

The Middle East has obviously changed throughout the years, politically and culturally, but for you, what have been the changes that you have noticed within diplomatic relations? Are people more hopeful about peace prospects and that humanity is in essence not that different from one another? Or do you think the return to nationalism politically and the backlash of globalisation has strained any peaceful prospects?

The Middle East has had a terrible century since the Ottoman Empire took its self-destructive step of entering the First World War in 1914.  There is a long catalogue of destruction and dispossession, and I feel that in recent years this has worsened.  When I began my diplomatic career in the Arab world in 1978, there were dangers and problems and occasional conflicts. Nothing though matched the scale of the Lebanese War of 1975-90, the Iran-Iraq War of 1980-88, the First and Second Iraq Wars, and today the terrible conflict in Syria and the one in Yemen. I am very concerned that now it has become the norm to resort to military action, with very little credible effort being given to peacemaking. Unless this changes, more serious conflict is inevitable.  In a region already deeply stressed by population pressures and refugee flows, and suffering from a dangerous depletion of both natural resources and proper governance, the effect of further conflict will be even more devastating than before.

I think the people of the region have shown characteristic resilience, arising from the survival mechanisms they have developed over centuries.  In some cases this involves an optimistic outlook on life and the future. But there is also much despair and a sense of hopelessness, and there are limits to what even resilient societies can manage.  As in many parts of the modern world, a crisis of social confidence has translated into ugly manifestations of fanaticism, sectarianism, ethno-nationalism and a rejection of the co-operative principles that have underlain the global success of the past seventy years.

How has or had “Global Economy” and “International Law” affected Diplomatic Relations?

The interconnectedness of the modern world, in economic terms, is an essential part of our planetary reality.  Disrupting that connectivity, be it through war or through irrational popular reactions of the sort we have seen in Brexit, leads to impoverishment and more social tensions. International Law underpins the relations between states, and governs international investment, commerce, and the exchange of services.  It has always been a primary concern of diplomatic action, and it is a major part of the infrastructure we need in order to live in peace.

Many people are in the world today, highlighting things that divide us, what have you found are things that unite us?

Our common humanity, our decency, our instinct to protect the vulnerable.  It is when these are brushed aside by ego-manic leaders, whose own personal insecurities lead them to inflict harm on others, that things go so badly wrong.

“Soft power” is used, but it is also a form of “power” and a way to “control” or “persuade”, what is the balance used in diplomacy for “soft power” to not be totally about power but about finding unifying attributes or elements that can bring people together

I think "soft power" is a fancy name for influencing and winning friends. I don't think it's about controlling, or misleading: if it ends up doing that then sooner or later it defeats its purpose. People are not fools: they can see through dishonest branding, and clever manipulation of facts.  When a country like Germany spontaneously accepts a million refugees in one year, that is a statement of the country's humanitarian values (of the majority), and it stands as a monument to them that no one can discredit or disbelieve.  A country's reputation can only be based on tried and tested reality, not spin.

How was your time in Lebanon and why do you think there is so much creativity in Lebanon?
Has the aftermath of the civil war had an impact on that? Are people also finding a way of reviving the economy through the arts?

My time there, was wonderful, exhausting, saddening.  I made so many friends (and - far more important - I met and married my wife). I learnt so much about the diversity and depth of Lebanese culture. But too many of my friends were killed or maimed in the assassination attempts that scarred the time I was there, between 2003-6.

Lebanon has a culture with deep roots in Mediterranean history, and which over the centuries has fused different influences into an identifiable Lebanese way of living and thinking.  It takes pleasure in looking at the world with a fresh, original, individual gaze, the very antidote to narrowness, repression and bigotry, and it delights in the expression of beauty and of the human condition in novel and often light-hearted forms.  There's a streak of playfulness, absurdity and irony in Lebanese artistic expression, which helps it deal sensitively with some very difficult subjects.  The war of 1975-90 traumatised the Lebanese, there is no shame in saying it, and artistic expression plays a central part in coming to terms with that trauma.  That experience has made the Lebanese exceptionally capable of empathising with the more generalised traumas of modern life - urban alienation, uprootedness, loss of the past - that the world as a whole is encountering.  I believe that this is one factor that makes the Lebanese so at home in the wider world, and so welcomed, and so ready to contribute to the cultural richness of where they are - not least here in London. I don't know if Lebanese artistic production amounts to a significant economic activity, but as an integral part of Lebanon's place in the world it adds hugely to the affection and interest the world feels for Lebanon. I can't imagine Lebanon separately from its wonderful cultural life.

This year you became the Chairman for the Council for British Research in the Levant, what is the CBRL?

We are a charity (cbrl.org.uk), with arms-length funding from the British government, which promotes post-doctoral research in the countries of the Arab Levant in all the humanities and social sciences. We offer grants and support to any new PhD, or to academics further on in their career, who want to do research in Lebanon, Syria, Jordan, Palestine and Egypt, as well as in Cyprus, provided the research is linked to British universities. But you do not have to be British to qualify - you can be of any nationality, provided that you are connected to a British university.  Our origins were in archaeological studies, going back almost a century. But then we grew also into anthropology, history, human settlements, the effects of climate change, and social needs for education and health provision, as well as questions of governance and conflict.  So now we are well-placed to enquire deeply into the realities of the refugee crisis, for example, and its effects on the people of the region.

How do you see the research you are doing create an impact?

My hope is that our research capacity can be put to good use in developing well-thought-out, long term ways of helping societies recover from the trauma of recent and present - and future - conflicts.  We need to link with the research being done not only in Britain but in the region and in other countries.  In Lebanon, for example, we have several good potential research partners.  We need also to link with funded programmes which can not only commission the research, but can help it become long-term philanthropic assistance. I believe we can make a difference.

What would you advice any young people wanting to be future diplomats?

A classic diplomatic career is one way of satisfying your desire to work internationally and to do good in the world. But there are many others, including through foundations, think-tanks, humanitarian organisations, and international organisations such as the UN and the ICRC.  International law is another possibility. My advice is to think of all these options when planning a career.